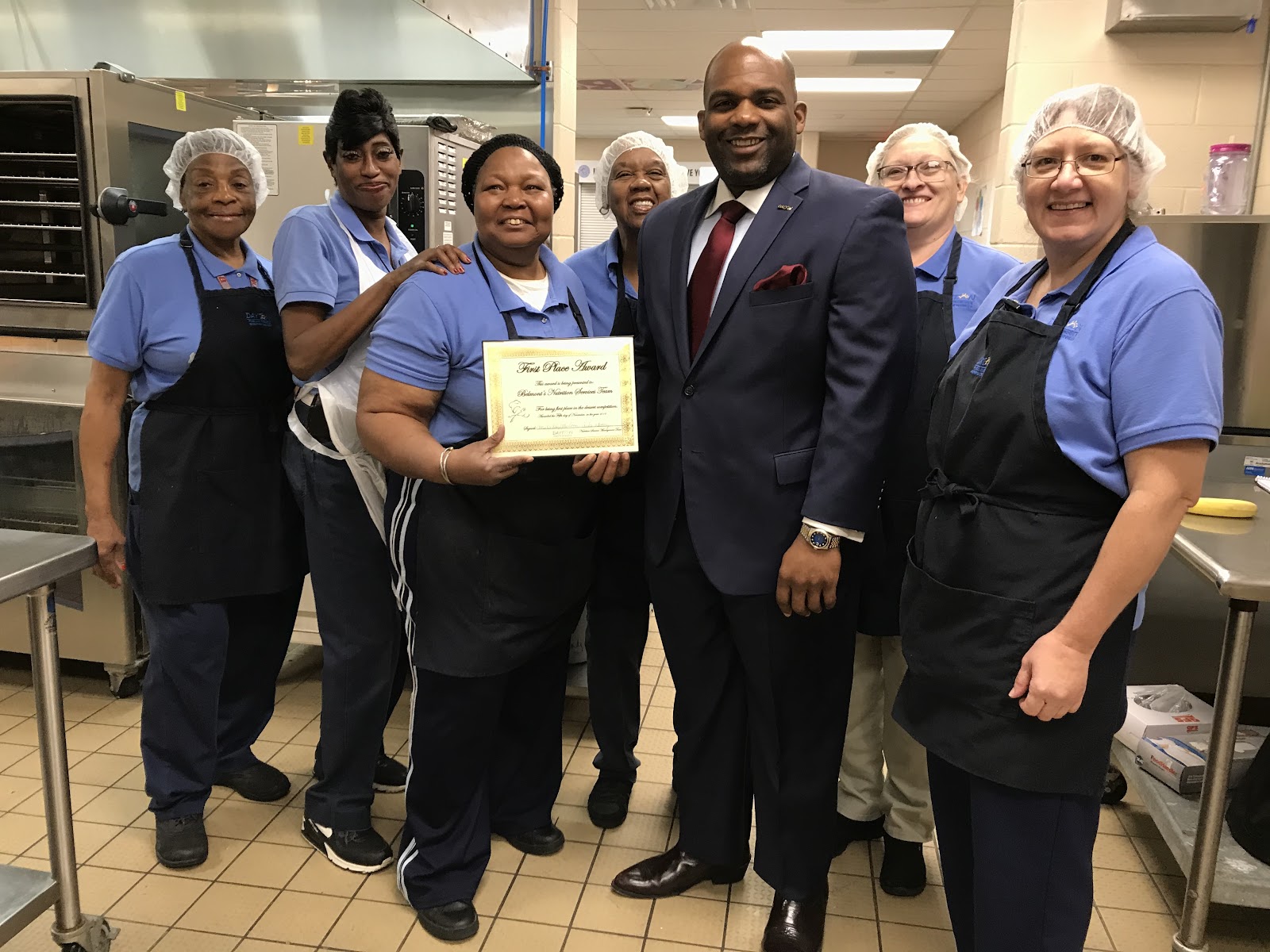 Members of the Belmont High School kitchen staff were surprised last week with a first place certificate and cookie cake for winning the district’s “Chopped” competition held earlier this month.

Kitchen staff from all schools competed in a competition modeled after the Food Network show “Chopped” during the district’s Professional Development Day in early November.

Each team was given a list of specific ingredients used in all DPS kitchens and asked to create a dessert. They could not use any ingredients that were not on the list and had 1.5 hours to prepare and cook the dish. All ingredients were items that are currently used in DPS kitchens.

All schools will be sent the recipes for the three desserts so they can be incorporated into their regular lunch menus beginning in December.

This is the first time a “Chopped” competition has been held, said DPS Food Service Production Chef Amber Whitmyer. The ultimate goal, however, was not to create a dessert but to encourage each school’s kitchen staff to collaborate with one another and execute their idea.

“Overall, what I wanted to do was create a team,” said Whitmyer. “This helped our kitchen staff bond and have a lot of fun.”

The judges were so impressed with the work of each team, they decided to hand out a few other awards, including: